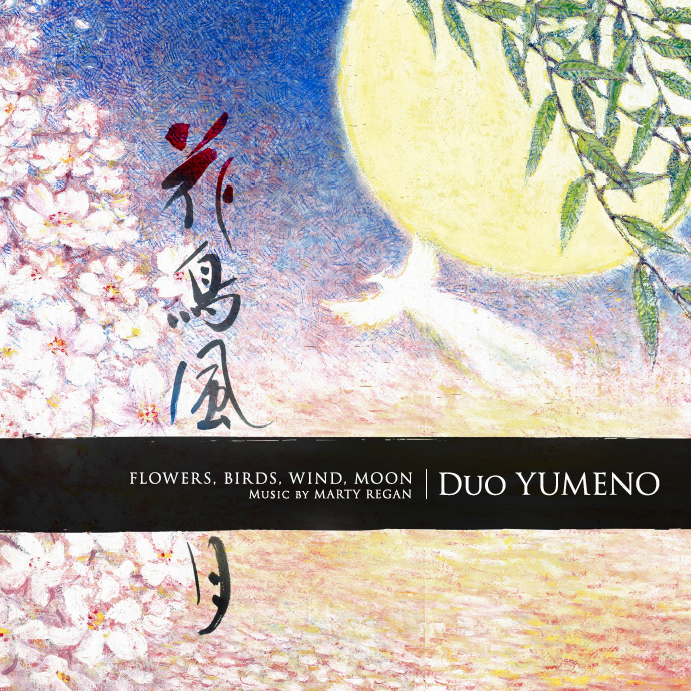 “Flowers, Birds, Wind, Moon” is a suite of duets, which was commissioned by Duo YUMENO to Marty Regan over the course of four years, based on the Japanese aesthetic concept of?Ka-ch?-f?-getsu?/ Flowers-Birds-Wind-Moon, four core images of nature that recur throughout Japanese literature and the arts.

“In all of these works,” Marty Regan writes in the liner notes, “I attempt to evoke a hybrid musical soundscape where ? ? ? imagined boundaries between the “East” and “West” become blurred and transcended while seamlessly blending the two instruments so that become one harmonious musical voice. References to traditional Japanese music, while still present to some extent largely due to the presence of the koto, have receded away from the surface to make way for a more fertile, ? ? multidimensional soundscape.”

“In this lovely recording, Duo YUMENO becomes a trio, as the spirit of composer Marty Regan is so effectively captured within a truly impeccable performance. These are three superb musicians moving along the same path, one which does not distinguish East or West but simply brings two beautiful string instruments of the world seamlessly together.”