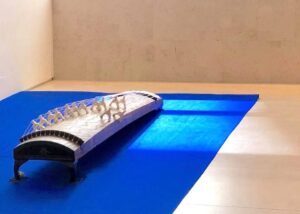 New York’s music scene reflects the diverse and vibrant culture of the city. Yoko Reikano Kimura, started this concert series in the fall of 2015. As a Japanese instrumentalist, Kimura hopes to introduce the brilliance of traditional Japanese music, which is still being passed on from generation to generation after many centuries. Japanese music aesthetics uniquely balance the outer natural world with the inner spiritual world, bringing forth a music of special depth and beauty. The acoustic instruments, made of organic materials, lend themselves perfectly to the intimate setting at the White Room, CRS. Kimura has performed over 50 classical pieces since the beginning of the series. Starting from the 2018-2019 season, contemporary pieces are occasionally included in the programs. Many elements of traditional Japanese music – microtonal pitch nuance, rhythmic elasticity, and subtle ornamentation, for example – lie naturally within the soundscape of contemporary composition, and indeed the musical instruments of Japan have gradually become a part of our globalized musical world. This concert series is co-presented by Yoko Reikano Kimura and CRS (Center for Remembering and Sharing), and supported by Hogaku Journal and Mar Creation, Inc.

*From the first to the 23rd concert, seasonal Japanese confectionaries prepared by mochi Rin had been served to the audience members.